SHOULD YOU SETTLE, OR FILE SUIT IN YOUR AUTO ACCIDENT CASE?

These statistics contradict the claims by lawyers advertising they that file suit and they don’t just settle cases, when 95 percent of personal injury cases are settled and 5 percent actually make it to trial. Further those lawyers making such absurd claims are actually contradicting themselves, because they imply that the insurance company fearing their history of taking cases to trial, will make a good settlement offer to settle, but wouldn’t that lawyer then accept the settlement instead of taking it to trial?.

WHY DO MOST INJURY CASES SETTLE?

Taking an auto accident injury claim to court is a lengthy process. Once you file a personal injury lawsuit, it could take a year, or even years, until the date of the trial. While the case is pending, your attorney and the other drivers insurance company’s attorney will engage in a process called discovery. Discovery is the period in which the accident is researched by the obtaining of documents and witness accounts, and by other information-gathering. Both sides are required to share with the other what they have learned in discovery. It is common practice for defense attorneys to try to wear down a plaintiff, the person who brought the suit, during discovery. This could be accomplished by requiring the sharing of mountains of information to overwhelm you or by examining your personal affairs you may not want publicly disclosed at trial. Often discovery becomes very intrusive and may require the plaintiff to produce medical records going back many years. Further defense attorneys will go to great lengths to discredit you, even conducting surveillance of you when you are unaware you are being followed or video taped. Even if your are successful in proving at trial that the other drivers negligence caused the accident, and your injuries, with various post-trial motions and a possible appeal, it could still be a very long time before you actually receive your award. Litigation itself is stressful. If you take your case to trial, the other drivers insurance company’s attorney will put you on the witness stand, and work very diligently at discrediting you and your case in front of a jury.

Litigation is also expensive. Most personal injury attorneys work on a contingency basis, which means that they will collect their payment as a percentage of your award. This is also true with settlements. However there are significant costs associated with a personal injury trial such as deposition costs, and witness fees, all of which can substantially eat up any jury verdict you might achieve because the attorney is entitled to recover costs he expended on the trial.

In addition there are certain financial risks that plaintiff’s face if you chose to file suit. When suit is filed and an answer is served, the attorneys fees increase from one third of the recovery to 40% of the recovery. Any verdict obtained in court will be offset by your PIP coverage. In other words, if you obtained a verdict of $50,000.00, that amount would be offset by your PIP coverage so that the judgment would be $40,000.00.

There will also be expert fees and costs associated with the trial of your case. Below is a sample disbursement summary of the same amount at both a pre-suit (settlement) and a litigation (trial) situation:

Another consideration is exposure with respect to the attorneys fees and costs incurred by the defendant. When a suit is filed the plaintiff runs the risk that he could be responsible for the other side's attorney's fees and costs and for his own attorney's costs. So, it is important to think about these risks when you are considering what type of settlement you would be willing to accept. Florida courts have developed a system designed to facilitate settlement known as an Offer of Judgment. The Offer of Judgement is explained in Florida Statutes 768.79 which states as follows: "768.79 Offer of judgment and demand for judgment.—(1) In any civil action for damages filed in the courts of this state, if a defendant files an offer of judgment which is not accepted by the plaintiff within 30 days, the defendant shall be entitled to recover reasonable costs and attorney’s fees incurred by her or him or on the defendant’s behalf pursuant to a policy of liability insurance or other contract from the date of filing of the offer if the judgment is one of no liability or the judgment obtained by the plaintiff is at least 25 percent less than such offer, and the court shall set off such costs and attorney’s fees against the award. Where such costs and attorney’s fees total more than the judgment, the court shall enter judgment for the defendant against the plaintiff for the amount of the costs and fees, less the amount of the plaintiff’s award".

In a trial, sometimes, absent surgery, there is a very real chance of a defense verdict on the issue of threshold injuries. "Threshold injuries" means that in Florida if you wish to recover more than just your medical bills, you must meet a threshold being that you must have a doctor state within a reasonable degree of medical certainty that you have suffered a permanent injury or a significant loss of a bodily function. In some cases, even if a doctor, or doctors, have made those statements, the jury can still find that the injuries have not met the threshold and can find against the plaintiff and for the defendant meaning that the plaintiff would make no recovery and may actually end up owing the other side's attorney's fees and costs. This is codified in Florida Statute 627.737 (2) which states as follows: "In any action of tort brought against the owner, registrant, operator, or occupant of a motor vehicle with respect to which security has been provided as required by ss. 627.730-627.7405, or against any person or organization legally responsible for her or his acts or omissions, a plaintiff may recover damages in tort for pain, suffering, mental anguish, and inconvenience because of bodily injury, sickness, or disease arising out of the ownership, maintenance, operation, or use of such motor vehicle only in the event that the injury or disease consists in whole or in part of: (a) Significant and permanent loss of an important bodily function. (b) Permanent injury within a reasonable degree of medical probability, other than scarring or disfigurement. (c) Significant and permanent scarring or disfigurement. (d) Death."

In a recent study of civil lawsuits, they found that most of the plaintiffs who decided to pass up a settlement offer and went to trial ended up getting less money than if they had taken that offer. The lesson for plaintiffs is, in the vast majority of cases, they are perceiving the defendant’s offer to be half a loaf when in fact it is an entire loaf or more," said Randall L. Kiser, a co-author of the study and principal analyst at DecisionSet, a consulting firm that advises clients on litigation decisions. Defendants made the wrong decision by proceeding to trial far less often, in 24 percent of cases, according to the study; plaintiffs were wrong in 61 percent of cases. In just 15 percent of cases, both sides were right to go to trial — meaning that the defendant paid less than the plaintiff had wanted but the plaintiff got more than the defendant had offered.

The findings suggest that lawyers may not be explaining the odds to their clients — or that clients are not listening to their lawyers. "Most clients think they are completely right," Michael Shepard, a lawyer at Heller Ehrman in San Francisco. A good lawyer has to be able to tell clients that a judge or jury might see them differently, he continued. "Part of it is judgment and part of it is diplomacy." 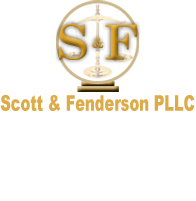